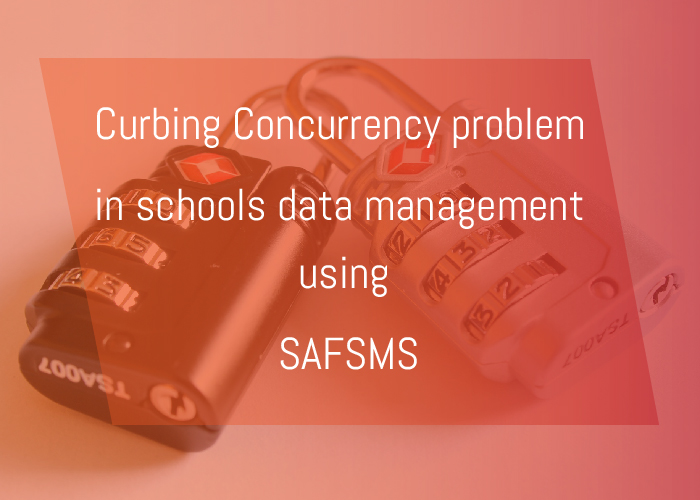 Hannan was established in the year 2008. It has over 600 students and about 100 staff. From inception, the director insisted on having a powerful system for their records & school data management to prevent any future problems of data loss, integrity and accessibility. Being an IT personnel, he also wanted his staff to be very conversant with ICT as it is a major vitality in the 21st century and cannot be over-emphasized.

That stance led the school to use Microsoft Office packages such as Excel and Access for their record keeping. As the school is divided into two sections and its population began to rise steadily, so many challenges began to rise in their school data management:

Here is a quick definition of a relevant word; Concurrency- Which in computer science, means a property of systems in which several computations are executing simultaneously, and potentially interacting with each other. Got it? Right.

Hanan International School’s absence in managing concurrencies because tasks could only be performed by few individuals. Naturally, this led to a delay in result processing and its lack of a means/platform to integrate both sections of the school showed a pressing need for a quick -but long term- fix for their school data management.

Just two years after inception, the Director reckoned that there was the need of a robust school management software and that decision led them to FlexiSAF’s SAFSMS.

For over 5 years now, FlexiSAF has helped Hanan to:

1. Save 90% of time in result compilation

The School Administrator was also delighted with SAFSMS’ statistics features which helps in comparing students performance, as well as tracking student development and even level of improvement.